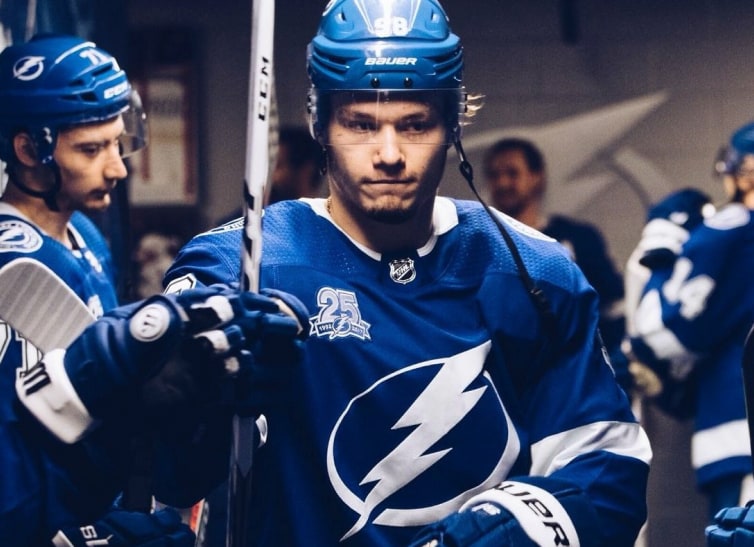 Sergachev started playing hockey at the age of 7. He studied in Nizhnekamsk hockey sport school. Played for Vityaz team (Podolsk) in 2012 – 2014. In season 2014 – 2015 made his debut in MHL (Junior Hockey League in Russia) as a part of Irbis Kazan team. In season 2013 – 2014 debuted for Russian junior national team and the year after won World U-17 Hockey Challenge.

In the end of January, 2015 Sergachev helped Russian junior national team to win the Tournament during the Winter European Youth Olympic Festival. In the fall of 2015, he moved to Canada to start his career in Windsor Spitfires (Ontario Hockey League). In season 2015-2016 he won the Max Kaminsky Trophy which is awarded to the most outstanding defenseman by the Ontario Hockey League.

Mikhail was selected in the first round (No. 9) of the 2016 NHL Draft by the Montreal Canadiens. Then on July 1, 2016, Sergachev signed a three-year, entry-level contract with the “Montreal”. He made his debut in the NHL on October 13, 2016 in a win against the Buffalo Sabres, having become the youngest defenseman in Montreal history. Same season he was assigned to Windsor Spitfires to help them win the Memorial Cup.

In June 2017 Sergachev was acquired by the Tampa Bay Lightning in a trade for forward Jonathan Drouin. He started season 2017 as Tapma regular player. In the middle of October 2017 Mikhail scored his first two goals in a win against the Columbus Blue Jackets.

In January 2017 Sergachev won a bronze medal as a part of Russian national team during his first World Junior Championships. In two years, he got third place in World Hockey Championship 2019 in Slovakia with his national team.

Mikhail Sergachev is the most progressing Russian defenseman. He’s only 23, and he’s been steadily playing in one of the strongest teams of the NHL for several years already
2020
Stanley Cup